The hubby and I finally had our much needed time to reconnect with each other because the past few weeks have been pretty stressful for the both of us. I have been not myself for the last couple of weeks preceding my birthday and I blame it on the hormones (and the idea of ageing) that I have been dumping lots of negative energy on the husband.

Last Tuesday, I treated him out to a movie and dinner. That was my birthday gift to him and a making-up-for-all-the-crap-I-put-you-through kind of thing. :) We met up after my work and rushed to SM to catch the last screening schedule of Jackie Chan's supposed last action movie, Chinese Zodiac. There were funny moments as expected with a Jackie Chan movie but it's not really spectacular like the movies he did before. I was terribly disappointed.

After the movie, we went to Gilligan's because hubby's been talking about their Sisig for days while I, in turn, have been craving for Baked Oysters. 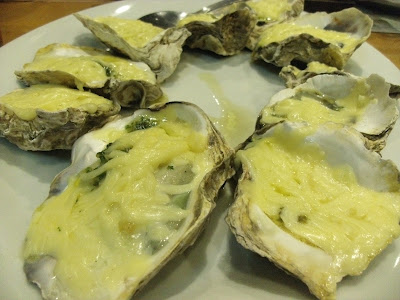 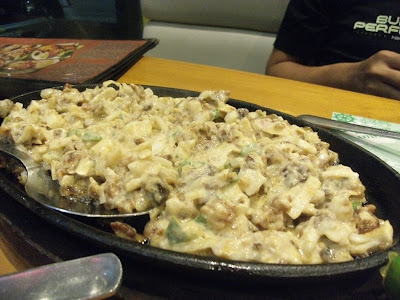 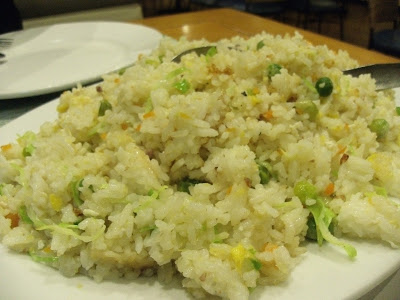 The Baked Oysters were just okay, the Fried Rice is well, Fried Rice but the Pork Sisig is very, very good. 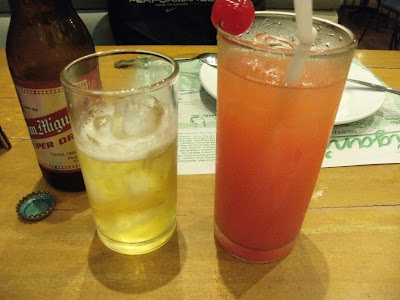 I initially planned to order cocktails for myself while hubby drinks his San Miguel Super Dry but I didn't find anything I liked on their Cocktails Menu so I just ordered Four Seasons.

I wanted to stay after we have eaten and watch the band but "old age" gave me a kick and reminded me it was bedtime already. It was 11pm and I was dead tired and very sleepy. Tumatanda na nga ako. :)

It was a great night and I am so glad we took the opportunity to be with each other sans the tot because really, all couples should do this once in a while to remind them that life as a couple never stopped when they had kids. I felt that we've both been working towards being good parents to Johan that, in turn, we took our relationship for granted and neglected our roles as husband and wife. So, I am going to make sure that we go on date nights regularly to keep in tune with each other and never get disconnected again.