Mommy Moments – I am a Daddy

I did a pregnancy test when my period was delayed for three weeks. I waited that long before doing a test because I was scared to be disappointed again and see just one line instead of my most awaited two pink lines. When, two lines appeared on the kit, I immediately went upstairs and without saying a word showed it to hubby. He just looked at me and I was sure he didn’t want to get his hopes up as well and told me to go to the hospital to do an ultrasound just to be sure. He can’t come with me because he had to get to work. When the ultrasound showed our tiny little baby at 6 weeks, I was already crying when I called hubby up to tell him the good news. 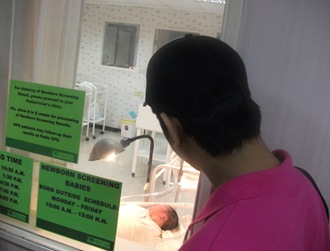 Hubby’s first glimpse of our Johan 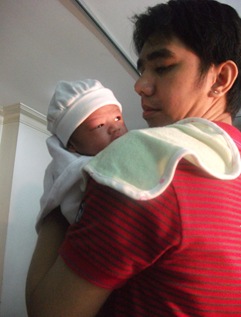 The first time he carried our baby 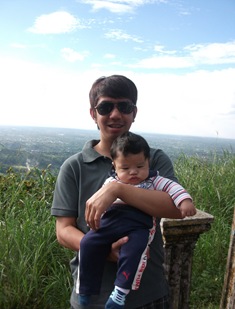 With Johan in Tagaytay 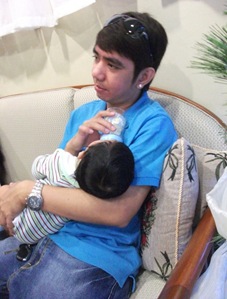 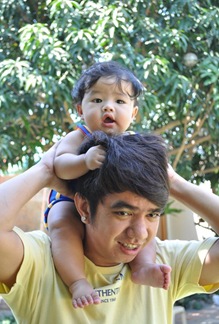 Johan’s first summer outing
I thought hubby will be the disciplinarian given his being strict with me and his siblings but I guess Johan changed him. He’s had his share of diaper changes, he’s more protective of Johan now that the little boy is crawling all over the place, he’s becoming a bit more like me – planning and planning for our future, he speaks to Johan in English (a rule I impose a bit too strictly) though he’s not really that comfortable doing so, he even does funny faces at the little boy just to make him laugh.
But what endears him more to me is when he makes it a point to carry our son and spend a few quality minutes with him before leaving for work every single day. It just shows that he misses Johan all the time that he’s at work.
He truly is a great daddy to Johan and I could say that my son is one lucky kid for having him as his father.

Daddy with a huge Heart

sweet daddy! sweet mommy too... johan is really a lucky kid to have you both as his parents..

Fellow n@wie here visiting from Mommy Moments. Thanks for sharing.

that was so sweet.. i can imagine how he felt seeing those two lines in the pregnancy kit and wishing that everything was true and not just his imagination playing a trick on him. the confirmation surely made him completely and absolutely happy..

care to visit MY ENTRY?

And here's another Dad who deserves an award for being brave enough to face diaper changes. ^_^ Really, most men cringe at the very thought!

Visiting late for Mommy Moments. Take a peek at my entry here.

wow, sweet naman! :D you are blessed to have him!