I planned on doing this last year for Johan's 2nd birthday but then I realized that Johan might be too young to fully enjoy the experience so I postponed the trip until this year when he is a little older.

Ensogo posted a deal a few weeks back for the Manila Ocean Park Sea Breeze Express 8 Package at 69% off and I immediately bought four vouchers. I paid only Php 600 per voucher and even got a 60 peso discount because they offer an additional 10% on your first voucher during the weekend that I purchased mine. I think it was a steal given that we would be touring eight attractions already at the Manila Ocean Park which included the following:

I carefully planned our trip -  read reviews here and there, saved tips on what to bring, what time to come in and how to maximize our stay at the park. We left home around 10 in the morning and arrived at Manila around 11:30 AM. We decided to drop by Ermita Church to say thanks for another great year that our little boy was blessed with. 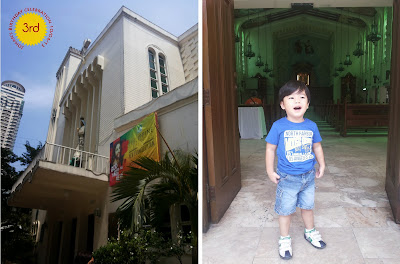 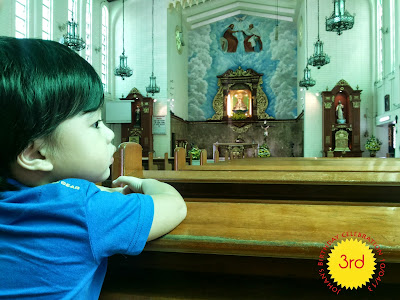 After saying a few prayers (and a couple more photos at the church grounds), we were off to our destination - The Manila Ocean Park!

The Manila Ocean Park is located behind Quirino Grandstand at the Luneta Park in the City of Manila. It opened its doors sometime in March 2008 and paved the way for Filipinos to enjoy "the first world-class marine theme park and a premiere educational facility. An integrated urban resort with marine life attractions and aqua-themed hotel, the park is geared towards an all-year, all-weather destination for locals and tourists. Everyday is a holiday and an ultimate fun place for all ages." (Quote taken from the MOP website)

Upon arriving at the park, I was a bit disappointed to see buses and buses of children lined up at the park's entrance. I thought that since we were there on a weekday, the park would be less crowded but luck's not on our side yesterday as schools unfortunately scheduled their classes' field trip on the exact day of our trip. But then, I didn't not allow this to dampen our spirits and proceeded on to have one great, fun-filled day for the birthday boy.

We just have to have photos at the iconic Manila Ocean Park signage!

I should say that redeeming our Ensogo vouchers is like a walk in the park. There was no line at the counter, the lady at the window was very accommodating and explained to me in detail the inclusions of our voucher. 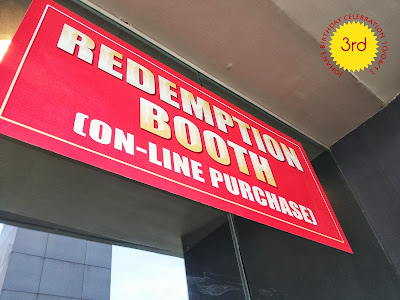 When we finally entered the park, it was already 12 noon and we were all hungry. We decided to eat at Gerry's Grill while waiting for the first show which was scheduled at 1:15 PM.

I'd like to commend the staff of Gerry's Grill inside the MOP grounds for graciously giving in to my request of putting a candle on top of the Leche Flan that they gave Johan so we wound not miss the blowing of candle tradition on his exact birthday.

We filled our tummies with our lunch and prepped ourselves for hours of great entertainment and wonderful memories to make with our now three-year-old little big boy.

The shows and other attractions coming right up on the next posts!