When we were still kids, Easter Sunday at my parents' house usually includes having a money hunt. This is a staple in our household that every time Easter comes, all six of us kids, will be locked inside one of the rooms while our parents hide money all over the garden. We would all be fidgety, anxious and overly excited until we hear Papa shout "Go!" and we would all run outside to look for peso bills.

I wanted to have that same tradition with my son but since he's too young to be holding money and his cousins who joined us for Easter Sunday lunch also aren't old enough to be given money, I chose to just stuff Easter eggs with treats and hid them all over my mom's garden.


I only a dozen of eggs initially because I thought we won't have guests on Easter Sunday and only my son will be looking for eggs but when it was confirmed that Johan's cousins will be joining him for the egg hunting, I crammed and went to our local market a day before in search of more eggs. The additional eggs already came with treats inside but since I am not sure where these treats came from, I took them out and replaced them with more familiar, more safe ones. 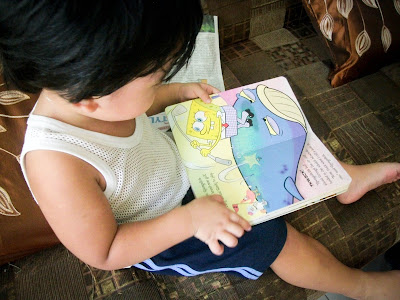 While my son was busy reading a book upside-down, I asked my sister to help me out in hiding the eggs. The two other kids were already excited, each holding their own basket and bag where they'll be putting their eggs. My son soon joined in the riot and the people inside the house had to restrain each kid from going outside before we're done hiding the eggs. 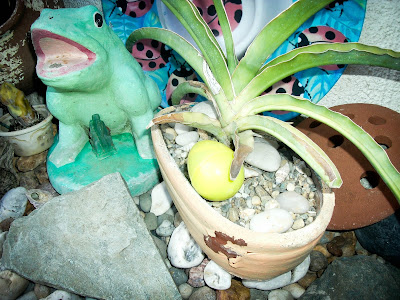 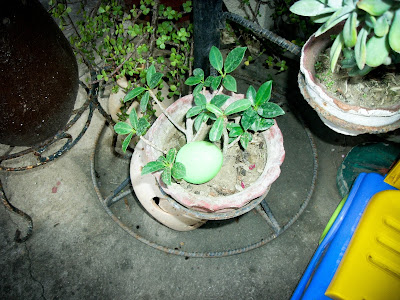 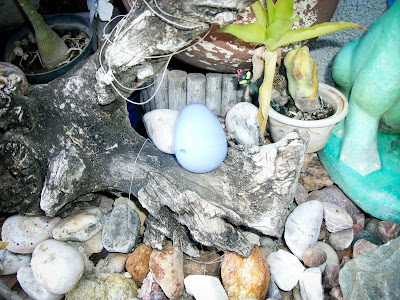 As soon as we were done, all three kids ran outside and searched for the eggs. It's a good thing my mom has lots of plants in her garden and we were able to scatter the eggs all over. Some were hidden, others partially so but mostly were just sitting out in the open since the kids were too young and we don't want them having a hard time searching. 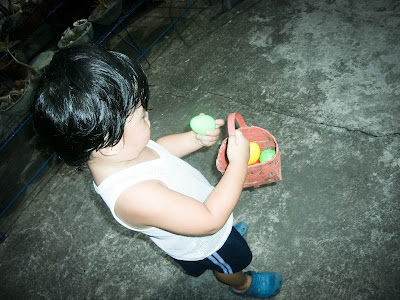 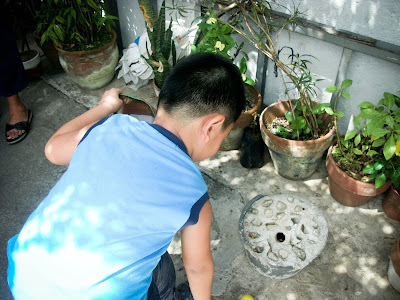 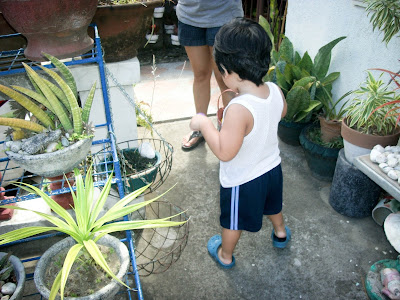 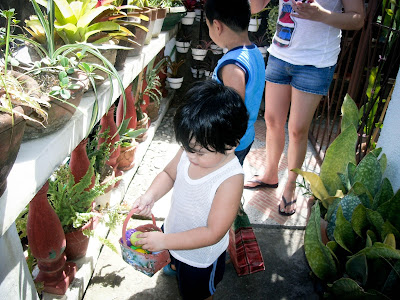 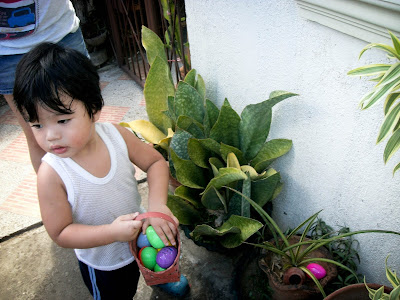 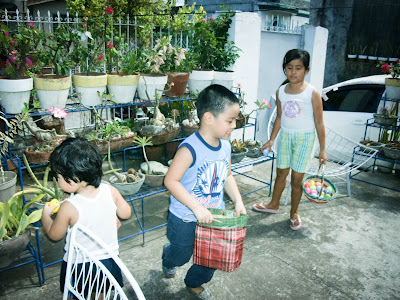 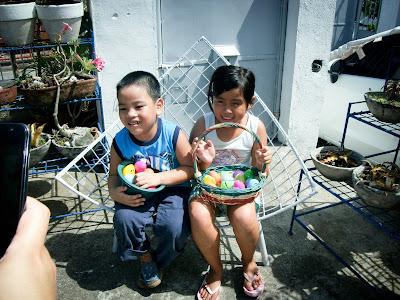 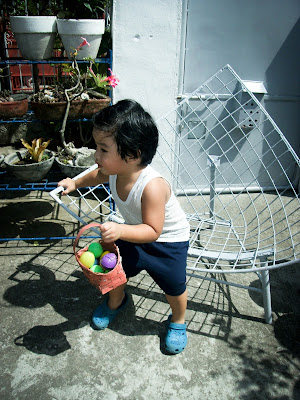 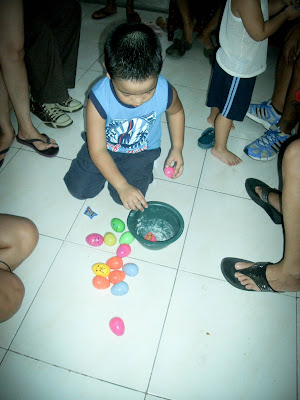 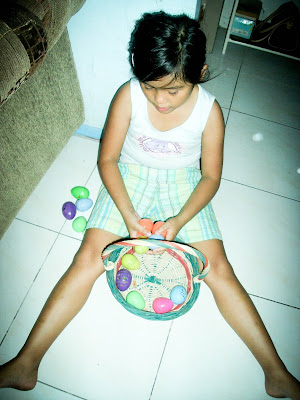 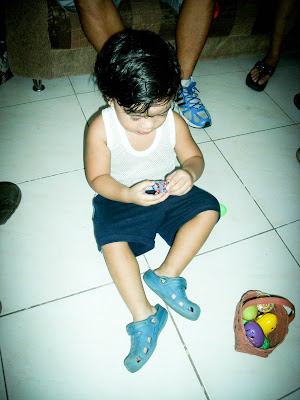 Here's something funny, when my son found his first egg, he accidentally dropped it on the ground causing it to break and revealed the treats inside. When he saw the treats, Johan was already content with just that one egg, enjoy the treats and didn't want to search anymore. Matakaw lang talaga! We had to take the opened egg and treats from him just so he'd keep on looking for more.

I'm sure all three kids had fun even though they were all sweaty when the hunt was finished. My godchild, Jared, son of my cousin Leslie of the blog Got to Believe, kept on thanking me for the Easter Egg hunt. He enjoyed it thoroughly that we had a repeat of the hunt, hid the eggs again sans the treats because they already opened their eggs and took out the treats. The kids still enjoyed looking for the eggs again even though they knew there'd be nothing inside.

Seeing that all kids were happy with this simple tradition, I would gladly do it again next year.