A year ago, my cousins and I planned a trip to Kidzania Manila. Everybody enjoyed the experience, even the adults so we planned another trip this year and hopefully it will be an annual bonding thing for the kids and us.


This year, my husband wasn't able to come since he had to stay home with Jeron, who is still too young for Kidzania. So, Johan and I rode a van to Alabang to meet up with my cousin's family and we all went together to Kidzania.

We agreed to meet with the rest of our relatives at 9 am so we could all have a heavy breakfast to energize us for an entire day of fun. The kids are getting pretty hyped up, so as soon as everybody's done with their meals, off we went to Kidzania.


We went on a Sunday, September 17, 2017. The lines to the check in counters were not that long when we went in. We were immediately assisted to a counter where everybody were given RFID bracelets. Each child and his/her guardian will be given matching RFID bracelets and Kidzania will not allow a child to leave the premises without the registered guardian.


Kidzania is really huge and it's so easy to get lost so I suggest you get a map and familiarize yourself with all the attractions and their locations. Johan could not decide which attraction to do first.

He already experienced how to be a Fireman and a Pilot the first time that we went there so those two were off his list this time. We went up the stairs and passed by the Clean Energy Conservation. He got so interested with all the knobs and buttons that he decided to make it his first activity.


There are a lot of attractions in Kidzania where the kids will learn food preparation. Johan and his cousins already tried Goldilocks last year where they personalized some Mamons, his cousins were able to try Yellowcab this year and they all got the pizzas that they made. Johan was not interested in making pizza so we skipped that. But he and his cousin, Jared went to Magnolia to learn how ice cream is made.

It was so hard keeping up with everybody because the kids have different interests! There were a few times that we bumped with the rest of our group but most times it was just me and Johan walking around until we find an activity that interests him. The driving area at the Shell Gas Station is always a hit with the kids, there will always be a line to this attraction and Johan patiently waited in line to try this again.

He experienced being a painter last year so for this trip he decided to try how to be a builder instead. For this activity they were given foam bricks to put up. 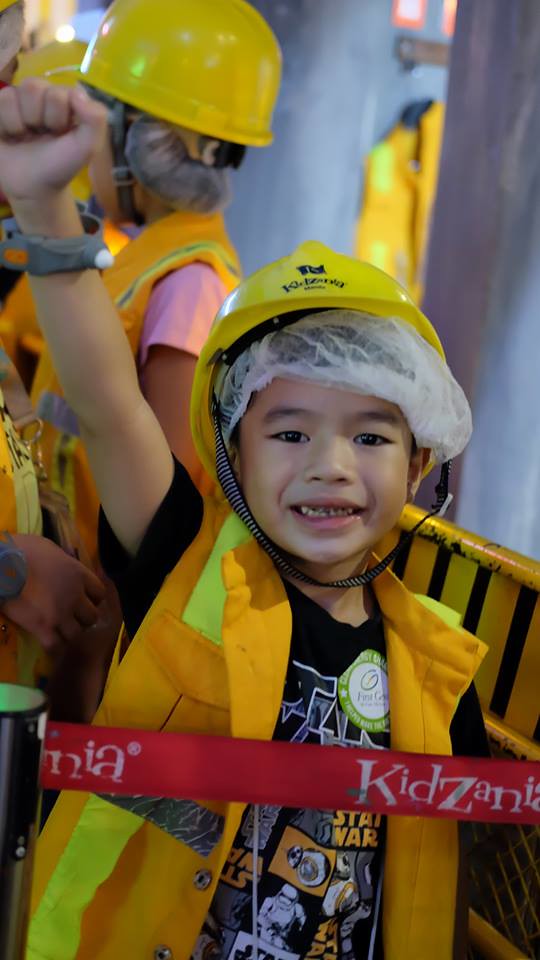 Another great attraction is the Oishi station. I think these two enjoyed it mostly because of the free taste of Oishi products! According to Johan, they were asked to come up with a new Oishi product and they have to present it the staff for approval before they launch the new product.

I would have wanted him to do this with his cousins but they were nowhere in sight. So, Johan and some other kids formed a band and recorded a song. I was even given a free CD of their recording!


We've been going back and forth the Milo Clinic attraction to catch the Basketball training but every time we went there it was either we missed it or we were too early. Finally, we were able to catch the last Basketball schedule of the day. It was Johan's last activity for but definitely the most memorable one because their team won!

This Kidzania trip was tiring but seeing the kids having fun while learning makes the the entire day of walking so worth it. I hope we could all commit to making this an annual bonding activity for the kids and the younger cousins can come join the older ones next time.

Here are more happy pictures from that day: 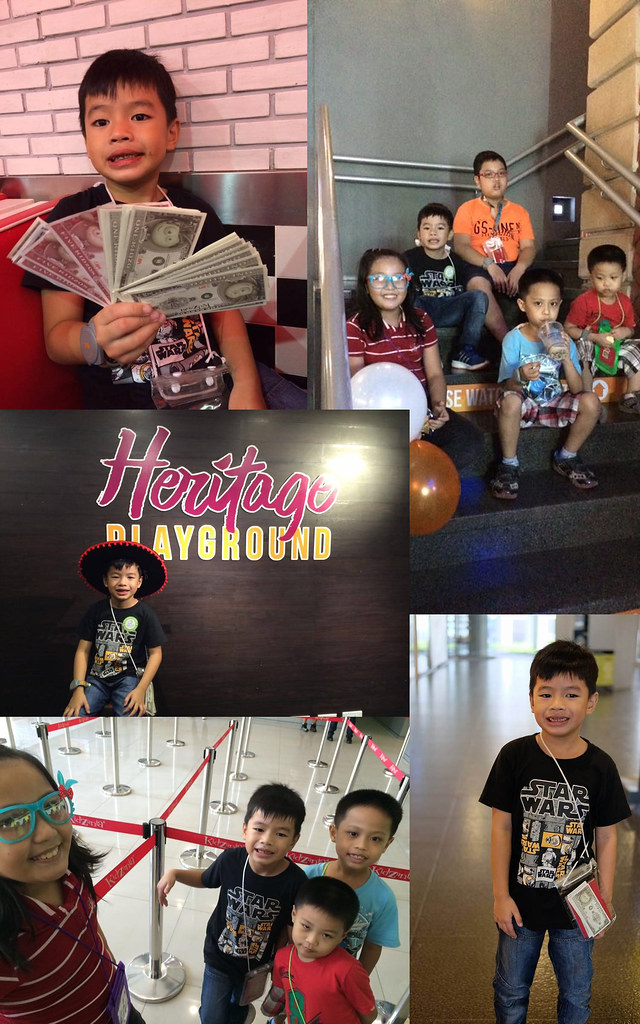 If you are planning a Kidzania trip, let me share some tips: